(WHITE PLAINS, NY) August 2015 – Kids X-Press, Inc., a non-profit organization that promotes learning, literacy and leadership to children of all backgrounds and abilities, today announced the Dream Big honorees for its annual Touch the Sky Reception.

The honorees come from a variety of fields and embody the very lessons that Kids X-Press espouses to its students: that success can be achieved through hard work, determination and dreaming big. The award recipients, who will be honored on Wednesday, October 28 at C.V. Rich Mansion in White Plains, NY include: Kenneth R. Theobalds, vice president of Government & Regulatory Affairs, Entergy, Peter Herrero Jr., founder and general manager of the New York Hospitality Group; Tom Kallish, founder of Tommie Copper; and Steve Jones, managing partner of Jones Morrison, LLP.

A special Founder’s Award will be given to Nivia Viera, founder of Kids X-Press and long-time publisher of its magazine, who retired in May after 14 years with the organization.

“We are incredibly pleased to be honoring these individuals who are such great role models for the children who participate with Kids X-Press,” said Marsha Tom, executive director. “Events like Touch the Sky enable us to enrich, support and develop young talent from throughout our communities and further.”

Founded in 2001, Kids X-Press, Inc., is a nonprofit organization dedicated to promoting literacy. Through its magazine and program, Kids X-Press, Inc. encourages children of all abilities and all ethnic, social and economic backgrounds to express themselves by providing them with a forum through which they can communicate. Written by children and for children, the award-winning Kids X-Press magazine is printed quarterly with an annual readership of over 170,000. Its contributors range in age from 5 to 18 and are generally enrolled in a variety of after-school activities and enrichment programs with community based organizations, schools and other partnering non-profits. In addition, the highlights come from independent submitters who excitedly wait for each subscription to arrive.

Kenneth Theobalds is vice president of Government & Regulatory Affairs for Entergy Nuclear. He joined Entergy as director of governmental affairs in 2002 and was promoted to vice president in 2005. He has direct responsibility for Entergy’s state and local government relations in New York, Massachusetts, Vermont and Michigan. Entergy owns and operates power plants with approximately 30,000 megawatts of electric generating capacity, and it is one of the largest nuclear power plant operators in the U.S.

As a passionate supporter of helping children thrive, Ken Theobalds believed in the mission of Kids X-Press and has been instrumental in giving children the platform to express themselves through the many creative publications sponsored by Entergy.

Theobalds is a former congressional staffer and assistant secretary to New York Gov. Mario M. Cuomo. He serves as a director and member of the Executive Committee of the Westchester County Association and The Business Council of Westchester and as director of The Business Council of New York State. He is past chairman of the African American Chamber of Commerce of Westchester and Rockland Inc., and is chairman of the board of the New York State Insurance Fund.
He has been recognized for achievement and outstanding corporate citizenship by numerous organizations including; U.S. Congress, New York Urban League, American Red Cross, New York NAACP, Westchester County Executive’s Office, Westchester County Board of Legislators, Hispanic Chamber of Commerce of Westchester, City of Mount Vernon, Westchester County Clerk and the Henry Allen Education & Learning Foundation.
Theobalds’ professional associations include: the New York Building Congress, the League of Conservation Voters and the Partnership for New York City.
Theobalds earned a bachelor’s degree from Cornell University and is a graduate of the Entergy Executive Program.

Peter Herrero began his career as a dishwasher when he was 15 years old. His love for every aspect of the restaurant business inspired him to learn everything he could from the art of waiting on tables to the intricacies of business management. At the age of 19, he was already managing Grandma’s Restaurant in Yorktown Heights and at 21, he became the youngest maître d’ in Westchester County. By age 24, Herrero realized his dream and became a restaurateur when he purchased what is now known as Sam’s of Gedney Way in White Plains. In 1986, he founded the New York Hospitality Group, consisting of four subsidiaries and a staff of 15. Today, the White Plains-based firm employs a staff of 51 full-time and 150 part-time employees. The four businesses under the company’s umbrella include: Sam’s of Gedney Way, The Great American BBQ Co., Caperberry Events, and C.V. Rich Mansion.

Herrero has served as speaker and panelist for Catersource, an annual trade conference; as an instructor at the Culinary Institute of America (CIA) and was elected to the Board of Directors of The Business Council of Westchester in 2004. He was also elected to the Board of Directors of the Westchester Community College Foundation. Herrero has contributed time and resources to many community-based institutions, including: The Food Bank for Westchester, White Plains Beautification Foundation, Scarsdale-Edgemont Family Services, Sharing Our Strength, the Grace Church/Open Arms Shelter, the Make a Wish Foundation, Westchester ARC and the Friendly Gathering, among others. Herrero is a member of the National and NYS Restaurant Association, The Business Council of Westchester, The Westchester County Association and the Westchester Hispanic Chamber of Commerce.
Tom Kallish is the founder and owner of Tommie Copper, a Mount Kisco-based company that was founded in 2010 with a simple goal of helping people feel better; the company’s designs have helped over 1 million people get back to exercise and doing what they love. Kallish entered the textile field as a salesman at the age of 20, and two years later purchased the company and resold it the following year. He then formed Cole Port Fabrics, a New York based Textile Company that he ran successfully for 10 years. In 2004, Kallish co-founded, Cocona, a fabric technology company. In late 2010, after a debilitating accident, Kallish started his latest company, Tommie Copper, Inc., while looking for a way to assuage his everyday pain as a result of the accident. The company employs over 100 people. The company also includes The Tommie Cares Foundation, a not-for-profit organization that builds community, possibility, compassion, and understanding through inclusive, real-life adventures for those with special needs.
Stephen J. Jones serves as managing partner of Jones Morrison, LLP, a Westchester based law firm. After serving as of counsel at a prominent Westchester law firm, Jones went on to form his present partnership where he is currently responsible for corporate matters, commercial transactions, real estate, estate planning, not-for-profit, business corporations and all phases of litigation and trial practice including complex divorce cases. He regularly tries cases on behalf of the firm.

Nivia Viera, founder of Kids X-Press, Inc., a White Plains, New York based non-profit organization, developed Kids X-Press magazine as a vehicle for children to express themselves, both as writers and illustrators. The quarterly publication today has an annual circulation of 250,000 copies and has reached over 2 million readers. However, the journey to get to that point began decades ago with Viera’s early introduction to the importance of literacy and self-expression.

“I was born the daughter of Puerto Rican immigrants,” said Viera. “I grew up in the Bronx, NY and English was not my first language. My parents spoke Spanish at home and I learned English at school and became the family translator at a very young age. That had tremendous importance in my life and my family’s as well.” Even though it would be many years before the idea of publishing a children’s magazine that gave kids their own voice, the literacy seed was planted.

Generating funding for Kids X-Press was another area where Viera put much of her time and energy. “I met with business leaders, politicians, community oriented groups, to advocate for what I believed was so important for kids,” she explained. “There wasn’t another magazine like it out there, and I saw great potential and appeal of a publication by kids, for kids.” Fortunately, her constituents agreed and the financial support structure and distribution model Viera was hoping for began to emerge. Building on a solid base, Kid X-Press is now thriving since she started the magazine many years ago.   Kids X-Press is so grateful to Nivia Viera and paid tribute to her relentless contributions at her retirement party on May 20, 2015. Her dedication to helping children succeed will always be a testament to her commitment to children regardless of their abilities, race, creed or culture.

“We are grateful to all of our honorees for their incredible contributions to the community,” said Yuval Marcus, chairman of the Kids X-Press Board of Directors. “Each individual, in their own way, provides a wonderful example to our children showing them that they, too, can achieve greatness by dreaming big.”

The reception will begin at 5:30 p.m. on October 28. Tickets cost $175 per person and sponsorship packages are available. For more information about the Touch the Sky Reception, email jessica@thompson-bender.com or visit www.kidsxpress.net.

About Kids X-Press, Inc.
Kids X-Press, Inc. provides a literacy enrichment platform, for all youth through publishing and facilitates outstanding educational programs. They provide a unique forum for children of all backgrounds and abilities to express themselves through writing, art and photography. For more information, visit Kids X-Press, Inc. at www.kidsxpress.net. 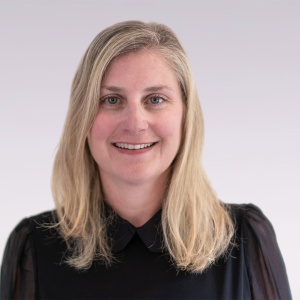 This will close in 20 seconds

Donielle has more than 25 years of experience as a TV producer. Most recently she was a segment producer for the award-winning show “Good Day New York” on Channel 5. Over the course of 17 years she worked with wide variety of celebrities, politicians’, and newsmakers to deliver the best quality segments for live TV. Prior to that, she helped to create and launch CBS 2 local weekend morning news program. She grew up in Hastings-on-Hudson and has extensive knowledge of Westchester County. Donielle currently resides in Hartsdale with her husband Chris and their 4 children.

Donielle has more than 25 years of experience as a TV producer. Most recently she was a segment producer for the award-winning show “Good Day New York” on Channel 5.

Over the course of 17 years she worked with wide variety of celebrities, politicians’, and newsmakers to deliver the best quality segments for live TV.

Prior to that, she helped to create and launch CBS 2 local weekend morning news program.

She grew up in Hastings-on-Hudson and has extensive knowledge of Westchester County. Donielle currently resides in Hartsdale with her husband Chris and their 4 children.