Jeter talks with ESPN’s Jeremy Schaap about his career on day Yankees announce retiring his No. 2

TARRYTOWN, NY – (December 6, 2016) –  In a candid, at times humorous, at times moving presentation to the Business Council of Westchester on December 6, Yankees legend Derek Jeter spoke about his stellar baseball career  and  his current career as an entrepreneur and founder of business ventures such as The Player’s Tribune, an online sports media platform.   In an interview with ESPN’s Jeremy Schaap, he told the audience of more than 300 people at the Marriott in Tarrytown that the path to becoming a leader is not always about winning. The program, in partnership with Steiner Sports Management, focused on Jeter’s success as a leader on and off the playing field, and came on the same day as the Yankees announcement that Jeter’s No. 2 would be retired and he would be honored with a plaque on May 14. 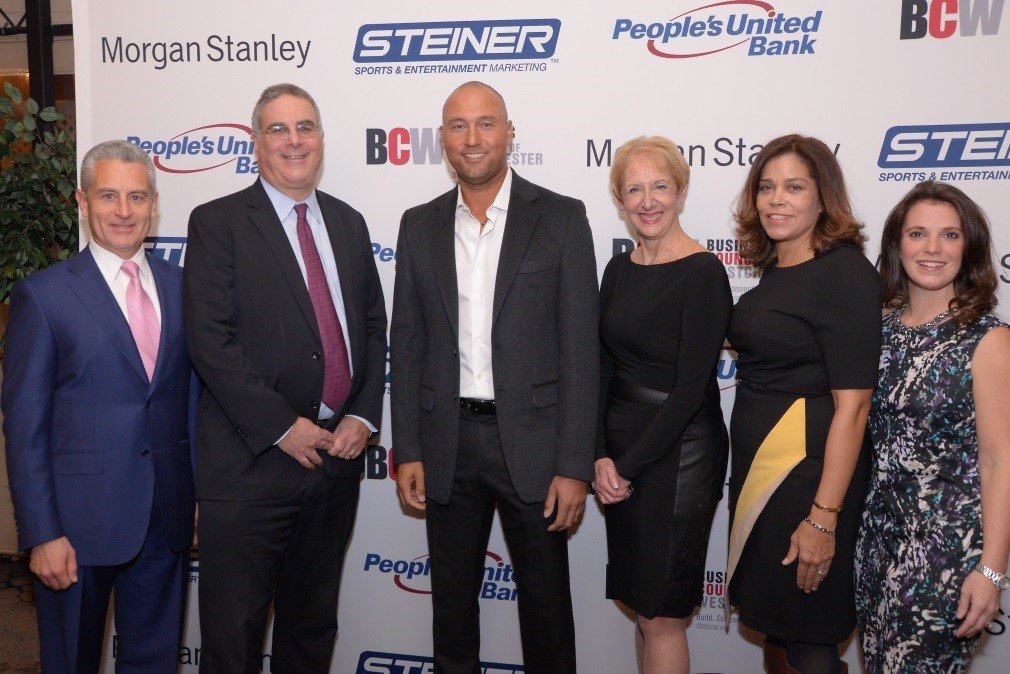